Miranda "Fear The" Maverick is a professional MMA fighter for the UFC. She fights in the flyweight division (125 lbs) and trains out of Denver, CO. Known for her strength and good wrestling, the born-and-raised farm girl is making a reputation in the martial arts world. Three-time WCWA All-American for the Univ. of the Cumberlands 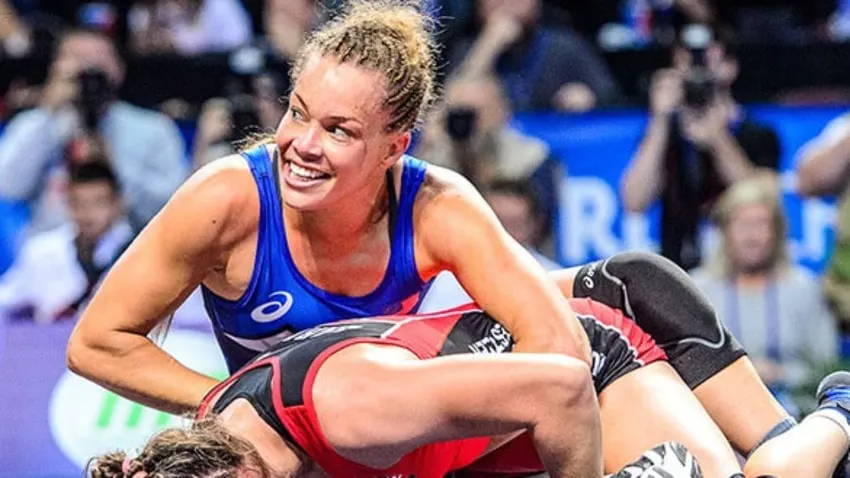 LJ Wrestling offers wrestling gear and equipment designed specifically for the female wrestler. Leigh Jaynes designed the singlet that is sold in our online store!

Founder Leigh Jaynes is an American freestyle wrestler and beach wrestler who started wrestling in high school after a coach dared her to try out for the team.

Her daughter, Evelyn Jaynes, is one of YES! Athletics brand ambassadors. She is currently the NJ State Champion. Holly is a female gym owner in Topeka, KS. She has competed in various non-traditional female sports such as Boxing, Mixed Martial Arts (MMA), Body Building and Powerlifting.

She stands on the notion that everyone comes through her facilities door will leave with their cup filled. That together you will be able to achieve your goals because nothing great is achieved by one person.Her desire is to one day have the ability to have a facility that is for all. Having not only a gym buy also a place for chiropractor, physical therapy and massage therapy. She has battled and conquered brain cancer, stood against the things society said was not possible for being a female. She stands with Yes! Athletics to help promote females in fitness. That you can do anything you set your mind to with the right mindset and team anything is possible. Resilience Training, Embrace the Process.

Learn more about Resilience Training and their physical and virtual classes here.